Space is not the final frontier.

Read the science fiction fantasy Jim Long space agent series of books for future adventure and excitement. The author believes they all contain certain revelations of the distant future that have been channelled by him. Seven books published with stand-alone stories visiting other dimensions of time and space including the celestial realms of the astral. Listen to the author, Robin G Howard as he delves into the distant future and explains the details of his writing. All books available for immediate download on the safe and secure PayPal site by credit card. Listen to the new radio series as Jim and crew fight for their lives with a strange assailant.

For further details go to -  www.jimlongspaceagent.co.uk

Spirituality is not religion

Religion is earthbound beliefs and myths written by men for men. Spirituality is an inner sense of the mind proven to me many years ago when I was in the Royal Air Force. I witnessed a dream that changed my thinking. I investigated many religions and found them to have been authored and edited by men. The truth, is sadly lacking in them all. There is no magical man in the sky called God, but there is a profound Godly essence or source in the minds of every human being that flows through the universe. Please view my video

YouTube VIDEO  and let me know if you have had any revelations.

In today’s world, anything unusual condemned by the critics as supernatural. The word is used to try and belittle the event or occurrence. Facts have shown that there is something psychic in all of us. This non-worldly part contained in our brains is at the moment immeasurable just as radio and television signals were two centuries ago. When we can rid ourselves of the past and move forward into the future things will radically change. An explosive fragmented version of 3000 years exists in the potted history by the ineptitude and lack of facts of the historians. Science is part of divinity based on mathematics as humanity struggles to emerge spiritually not by religion.

Time limits space travel, but inner worlds are soon to be discovered to reveal our eternal purpose without human theology. The fact that our remarkable minds wander into the past or future is ridiculed and scorned. The universal psychic laws stop us leaping out of our bodies and travelling. Today that would be disastrous as we are still in the ‘animal’ mode of our existence. When humans mature and stop trying to force their views and opinions onto others, the escalation of the spirit will rapidly progress. The laws of quantum science will be revealed, and the word supernatural understood. A beautiful world waits if we can get there. Politics and religion are the two paramount issues that face us at the moment. We must surmount these if we are to survive. They will be put in their place as a secondary way of life, allowing progress to an enlightened world.  Go to YouTube - https://youtu.be/SLZ3RRWCJE4

Update RequiredTo play the media you will need to either update your browser to a recent version or update your Flash plugin. 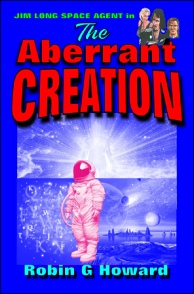 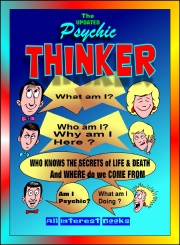 Whether a young adult (teenager) or mature (adult or senior), Jim Long space agent is for you. The young have an appetite for adventure, imaginative thinking, and needing to know the secrets of existence. Seniors like me think the same, especially those who enjoyed the rich experience of movies of the 1950s science fiction decade with classics such as - This island earth - Forbidden planet and - The day the earth stood still.

The next stage of this genre is the advent of quantum discoveries; in today's language, the supernatural. Some people still say this is like a Marvel comic or sheer fantasy; it is anything but. It will bring about profound change to all our minds and knowledge of the earth and its religions. So, enter the worlds of Jim Long and explore other realities that coexist alongside ours. Give yourself a treat of viewing the future before it happens.